PageRank or PR is an important context in the world of SEO, to the SEO hunters and link-builders and for those webmasters who are desperate to rank their site in the first page of Google Search Result.

PR is one of the factors Google considers to determine place (rank) of a webpage in Google Search Result or in Search Engine Result Page (SERP). This PageRank technology was introduced by Google’s founders Larry Page and Sergey Brin at Stanford University.

Visibly, PageRank is a score (number) ranging from 1 to 10. It is a common practice that when we are asked to judge a work, we evaluate it with any score out of 10. Google also did so.

The basic concept of PageRank involves rating a website with a score between 1 and 10 especially as per its number of inbound links from other websites. The more links a webpage gets from outside, the more influential and important that website is and thus the more PageRank it should deserve.

Logically, site A with PR 6 bears more value to Google than site B with PR 4 and if other variables remain the same, site A will be positioned higher than site B in SERP.

This is the primary concept of PageRank.

QUESTION: Is there other factors to determine PageRank than Inbound link?
ANSWER: PR is certainly associated with Links- Inbound and Outbound links.

QUESTION: Is PR the most important factor to rank a site in Google Search Engine?
ANSWER: It was but it is not. Now we know there are 200 known ranking factors that Google’s Ranking algorithm follows to rank a site. Some of them are URL structure, Meta tag, Intent of Keyword, Keyword ratio, content structure, Topic authority, Domain security, Bounce rate, Page loading time and much more. But the scenario was different at the initial stage when Google started PageRanking technology.

QUESTION: How does importance of PR differ from Past to Present?
ANSWER: It was in 1999 when Google filed their first PageRank patent. It became the original algorithm that Google used to determine the importance and gravitly of a webpage to rank it. In 2000, Google Toolbar came which paved the way to its users to check out own as well as competitors’ PageRank easily. This Toolbar turned PageRank fact public-oriented.
As Google’s Webpage ranking Algorithm weren’t so developed, ‘PageRank’ turned into the most influential and authoritative metric for the webmasters to gain SEO success. The more links from high PR site, the higher PageRank and thus greater SEO benefits- was the trend. Situations pushed SEO community to start a blind competition to collect links from rich site even on paid way.
The system got corrupted. In this scenario, Google stopped this public-facing Toolbar. Original PageRank patent wasn’t renewed but was stopped beforehand.
In the meantime, Google’s Page Ranking algorithm modified and developed with inclusion of so many criteria. ‘PageRank’ lost its sole authority in performing stage of SEO drama.

QUESTION: Did Google stop using PageRank as part of their algorithm?
ANSWER: Not at all. Google retired the Toolbar and made PageRank fact their internal affair. PageRank (PR) is still one of the variables you have to emphasize on to rank your site to Google. This means more inbound links to your site from high PR site will increase your chance to get higher rank in Google. Linking still remains one of Google’s top 3 ranking factors.
But in the meantime many criteria added in algorithm and you have much more scope to try to change your SEO fortune.

QUESTION: Can’t I check my PageRank now?
ANSWER: Yes, you can. There are many online tools available to provide Rank checking service. You can try these two-

Hope, the most important facts regarding Google PageRank (PR) has come to light in this article which is enough for average readers who cannot think of employing much time for this topic but are happy knowing the gist of the subject within shortest possible time. If you’ve adequate time to research with PR, plunge into unlimited sea of info throughout internet. Hope comment! Happy blogging! 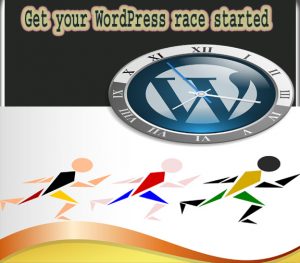